Countless visitors have slowed their stroll at the windows of C.H. Rockey’s studio and print shop on Cañon Avenue in Manitou Springs, Colo. The array of art and the artist, who often can be seen sitting inside, looking out, stirs their curiosity.

Rockey has lived and worked in the light blue three-story building for decades. His art that often has been made of the town, including nearly a thousand plein air paintings, hangs prominently in homes and businesses throughout the town. Rockey is a local legend, treasured and beloved.

When Chris C. Bowden, a photographer and videographer, chanced upon Rockey sitting in his studio doorway in 2015, he struck up a conversation with the artist. That led to another conversation.

Chris, now 43, recently recounted the experience of meeting Rockey and making a five-minute short film, “C.H. Rockey,” in an email conversation for Humanitou. Chris also shared something of his own creative story.

Humanitou: From looking at your Instagram page and website, you seem to be on the go and photographing quite a bit. What is your photographic and creative life? What drives your vision and experiences in it?

Chris: Photography is something that has been with me, and a part of me, for sometime now. Around 1994 my uncle gave me his old Minolta SRT 101 and I jumped right in.

Currently, I’m a professional photographer and videographer for a company here in Seattle called LightArt. It can be a little bit of a challenge creatively when you get to shoot pictures for a living, this is why I need to do my own personal work on the side. I always see moments, light, objects that inspire me.

That is what’s so amazing, there’s always a constant stream of ideas stirring around my brain that need to come out through the mediums I use (photography, video or music) because everything is constantly changing around us.

Humanitou: How do you identify subjects of your work, like for photographic essays and short films, as in the case with Rockey?

Chris: I shoot what I find interesting. First and foremost I shoot for me and my own artistic expression, I shoot because it runs through my veins. I guess in a way it’s selfish, yet that’s what keeps me going and not getting burnt out, shooting exactly what I want to shoot for myself.

And Charles Rockey was one of those examples. Eventually I have this idea to shoot shorts around Seattle and just let people who I find interesting tell their stories. I have seattlestories.org, but just haven’t had the time yet.

Humanitou: What is your connection to Manitou Springs? What brought you here and, ultimately, to Rockey, meeting him and deciding to make that short film?

Chris: A good friend of mine, Greg Lutze, is from Manitou Springs, who I met in Seattle around 2006. Him and his family moved back after the housing market crashed and soon thereafter he co-founded Visual Supply Company (VSCO).

In 2014 I was struggling as a freelance photographer with a new baby and bills, and Greg called me up and asked if we wanted to fly out to Colorado Springs that May to possibly work for them.

We moved to the Springs that October of 2014. As I explored the area, specifically Manitou, I remember walking by Charles’ place and seeing him at his desk. Like many others, I was immediately taken by his character, the art, the old building, the light. It was like a movie set or something. I knew this guy most likely had been there a long time and had a rich presence in town. It seemed like everyone knew who he was.

I joined the Marines just to prove to him, ‘Hey, I’m a man.’ Fortunately, they kicked me out after basic training. I went back to my father and said, ‘I’ve decided to go the Art Institute of Chicago.’ He says, ‘Not with my help, you’re not.’ He was still so anti-art. ~ C.H. Rockey

I was there with my daughter later on, and as we walked by he was sitting in his doorstep and gave my daughter some candy. I struck up a conversation and simply asked if I could do a story on him. Something I learned a long time ago is that it never hurts to ask, the worst that can happen is you get a “no, thank you.” Thankfully Rockey agreed.

We were only there for about a year when VSCO was moving to their current Oakland, CA, office, but we couldn’t relocate again so we decided to move back to Seattle. We just had our second daughter and time was running out before we were moving back, and it was becoming winter.

I called Rockey a few times, but he was under the weather and kept postponing. Finally we arranged a sit down sometime in November 2015.

Humanitou: What drew you to Rockey’s story? And what does the finished short film, “C.H. Rockey” represent to you, creatively?

Chris: Coming in to interview Rockey I had a loose concept to just document him. I knew I wanted to shoot his house with all of its amazing artifacts, yet was open to where it was going to go.

I wanted to concentrate on his art and how he became an artist was the idea. It’s a pretty broad question, so he started from the beginning. I was there probably four hours and captured a ton of audio, video and stills. I hope someday I can share more.

Humanitou: Rockey is beloved by locals in Manitou Springs, and countless visitors have spotted him through the storefront window of his shop, popped in and been rewarded with a story for life. What was your takeaway from that experience on a personal level, beyond the short film?

Chris: I was one of many who happened to walk by when he was out and was fortunate enough to make a little short film. Everyone has a story and it deserves to be heard because everyone has value and worth.

I thought Rockey looked interesting and took a risk and asked. He was gracious enough to let me, a complete stranger, in his home for a few hours to chat. That’s a very kind thing to do, risky thing to do, and open thing to do.

What I took away is to be open to what comes your way, to let go and let the chips fall where they may. To let things unfold how they unfold and just try and make the best decisions as possible along the way.

I didn’t know what I would get sitting down with Rockey, but I think it turned out okay. 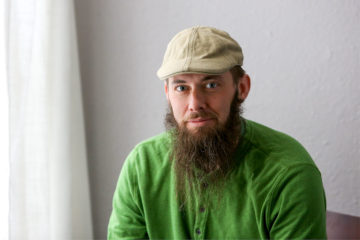 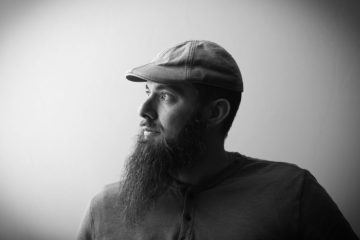 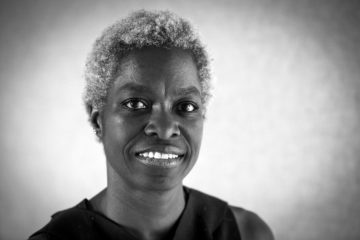