As a young man, Harry Bernstein dreamed of being a novelist. He failed. Until he published three memoirs between ages 96 and 98.

Carmen Herrera was a contemporary of such art stars as Jackson Pollock and Mark Rothko in the mid-20th century. It wasn’t until she turned 94 years of age, in 2009, that the New York Times dubbed her the “Hot New Thing in Painting.”

Joseph Yoakum left home for the circus when he was 9 years old. He lived a rugged life of rails, roads and coal mines for the next 60-plus years. Then he taught himself to draw — and was celebrated with a solo show at the Whitney Museum at at age 82.

Katsushika Yokusai, born into a family of artisans, started young. Yet his enduring legacy nearly 200 years later is a single piece he created while in his 70s.

Here are the stories of these four so-called “late bloomers.” They are beacons of hope to artists who work in relative anonymity every day.

Harry Bernstein preferred to forget his first 25 years of life. They were tormented by a tyrannical father. It was a life of deprivation and fear for him, his six siblings and his mother while the children grew up in an English mill town, and later in Chicago, in the early 20th century.

As a young man, Bernstein turned to writing after an instructor doused his dreams of being an architect. He was confident a career as a novelist would bring great things. It didn’t. He continued to bang away at it while getting on how he could.

He earned a living over the years as a script reader for Columbia Pictures, tried his hand at freelance writing, and worked as editor of a construction trade magazine. His fiction dreams continued to elude him.

Along the way, Bernstein married Ruby Umflat and they moved to New York. Their love affair held them together for 67 years. When Ruby died in 2002, Harry found he was in his nineties. And alone. 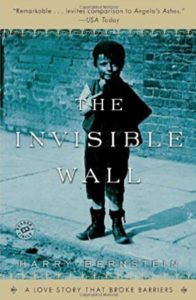 He later told The Star-Ledger of Newark, “My wife was dead. My friends were mostly gone. And so I found myself thinking about my past, and the people I knew and the place I grew up. I was looking for a home.” He turned back to writing.

In The Invisible Wall: A Love Story That Broke Barriers, Bernstein detailed a childhood of grating poverty, the unspoken boundary between Jews and Christians who lined opposite sides of the same working-class street his family lived on, and the drama of a household consumed by a rage-filled, alcoholic father.

It was a memoir Bernstein started writing at 93 years of age. It was published in 2007 by a Random House imprint in the U.K. and by Ballantine Books in the U.S. when Bernstein was 96. Finally, acclaim.

Bernstein went on to write two more memoirs, publishing The Dream in 2008. The Dream picks up with Bernstein’s life after those early years of The Invisible Wall. It tells his story of struggles to make a life as a writer.

Bernstein’s third memoir installment, The Golden Willow: The Story of a Lifetime of Love, published in 2009 when Bernstein was 98, relates the story of his and Ruby’s nearly seven-decade marriage.

“What is extraordinary about Herrera is that ‘commercial success’ did not come until the early 2000s — after seven decades as an artist.” ~ Christie’s Auction House, 2014

Carmen Herrera, a Havana-born New Yorker, had been making her abstract expressionist and minimalist art for 60 years. She was unknown as an artist outside her small collection of friends. “I thought fame was a very vulgar thing,” she said.

“She gets up every morning and makes art,” says Dana Miller, author of Carmen Herrera: Lines of Sight, in “The 100 Years Show,” the 2015 Netflix documentary that features Herrera. “It’s a compulsion. It’s what, kind of, sustains her.”

Herrera was a contemporary of post-war abstractionists like Mark Rothko, Ellsworth Kelly, Jackson Pollock and Leon Polk Smith. Yet, as a woman Herrera faced challenges the men did not.

You know, you can paint circles around the men that I have as artists. But I am not going to give you a show because you are a woman.

On at least one occasion, she even faced rejection at the hands of a female gallery owner and curator, Rose Fried.

“I go to the gallery and she says this to me, ‘You know, you can paint circles around the men that I have as artists. But I am not going to give you a show because you are a woman,’” Herrera says in telling the story decades later, after Fried had died.

“A woman to a woman. I walked out of that place as if somebody had smacked me. I was so overwhelmed that a woman would have that mentality.” 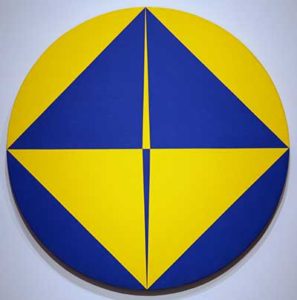 At 81 years of age, Herrera sold a painting for her first time. In 2009, at 94, her work was noticed in a show in England and was featured on the front page of the New York Times, calling Herrera the “Hot New Thing in Painting.”

The media coverage continued, momentum swelling with recognition for an artist who, in hindsight, the art world acknowledged had been deserving all along.

Nicholas Logsdail, curator at Lisson Gallery in London, described Herrera as an artist “who seemed to be the missing link in the history of painting. This is the artist who should have been there — and actually was. But she wasn’t visible.”

““I kept going. I couldn’t stop,” Herrera says in The 100 Years Show. “There is a saying. If you wait for the bus, the bus will come. I wait (sic) almost a century for the bus to come. And it came.”

Joseph Yoakum lived a life of rails and roads, dirt and coal. He lived the sort of rugged, vagabonding trials that are easy to romanticize and picture on the silver screen, but not one many would choose to experience firsthand.

A man of Native- and African-American descent, he was born on a Missouri farm in the late 19th century. Exactly when is hazy, like much of his biography and, later, the landscapes he would draw from decades-old memories and imagination.

At 9 years old, Yoakum left home to join the Great Wallace Circus. He would travel with Buffalo Bill’s Wild West Show, Ringling Brothers and other circuses. He later stowed away on a steamer bound for Europe.

There would come the Great War and being drafted into the infantry. He worked at repairing railroads and roads. He experienced a stint in a psychiatric hospital.

He’d work odd jobs and go down into the coal mines to support his second family, having never returned to his first wife and son after the war.

Nowhere was art known to be part of his life. Until it was. In his 70s, Yoakum taught himself. He was considered an outsider artist, one without the technical training and education to guide his work, and no connections to the art world. But he had a life of experience to tap.

Yoakum drew landscapes from memories of places he’d been, things he’d seen. He would shift to drawing imagined landscapes from places he hadn’t seen. Yoakum started showing his work at Whole, a Chicago coffeehouse.

It would launch the final chapter of Yoakum’s fantastic life. He gained attention. He received vocal support of art students and teachers at the Art Institute of Chicago. He sold work.

He made art prolifically in his last decade, culminating with a solo show at the Whitney Museum of American Art in New York only a month before he died on Christmas in 1972. Yoakum was in his mid- to late-80s.

Related reading: Traveling the Rainbow: The Life and Art of Joseph E. Yoakum

Katsushika Hokusai was no late starter in art. To call him a late bloomer for his success could be perceived as a misnomer as well.

However, after devoting his life to art and being a successful self-promoter in feudal Japan in the 18th and 19th centuries, Hokusai’s lasting recognition around the world came for a single work he produced when in his 70s.

Hokusai was born to an artisan father, a mirror-maker, in the mid-18th century. With his father’s influence, Hokusai started painting at 6 years of age. He would spend his teen years apprenticing as a wood carver for an artist of ukiyo-e, a style of woodblock printing and painting.

He had his share of struggles too. Hokusai lost his wife as a young man. Soon after, the man he apprenticed with and then with whom he worked for 10 years died. He married again only to endure his second wife’s death soon after.

Hokusai began creatively exploring. He studied European styles of art, including French and Dutch copper engraving. He was expelled from the school where he’d apprenticed and worked since he was 14 years old, possibly for studying at a rival school. 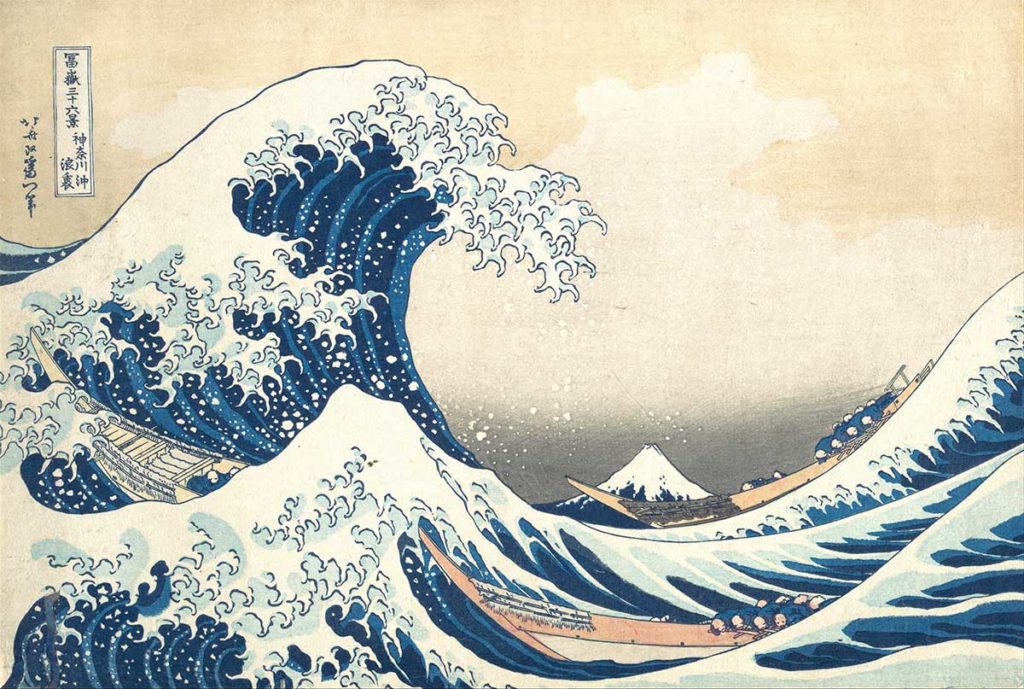 The Japanese artist was prolific and ranged broadly in the styles of work he produced. Prosperous in the middle stages of his life, Hokusai became known in Japan as a print designer for toy dioramas and board games, among other things.

As he entered the later stages of life, he suffered financial downfall. Perhaps it’s that which led him, in his early 70s, to create his most enduring work. The series “Thirty-Six Views of Mount Fuji” included his most famous piece, “The Great Wave Off Kanagawa.”

Throughout his lengthy up and down life, Hokusai is thought to have created 30,000 works. A studio fire several years after Hokusai created “The Great Wave” consumed much of his life’s work. Nevertheless his legacy continues, through the “Wave” and as an influence on subsequent art movements in the West.

Japan had been closed to the Western world for 200 years, including all of Hokusai’s life. A few years after Hokusai died in 1849 — he was around 90 years of age — American Commodore Matthew Perry led four ships into the harbor of Edo (now Tokyo) to reestablish trade relations between Japan and the West.

A consequence of Japan’s opening to the world was European artists such as Claude Monet acquiring Hokusai’s art. The Japanese artist’s work would be instructive and influential for Europe’s Impressionists, like Monet and Edgar Degas.

Hokusai’s name might be less familiar to the general population of the 21st century than is the image of his wave. He periodically changed his nom de plume, as was common in Japan during that period, as many as 30 times throughout his life.

Nearly 200 years after Hokusai produced the block print of “The Great Wave,” however, the image endures as the most recognizable work of Japanese art.

“The Great Wave” often is reproduced as affordable wall art, used on merchandise such as smartphone cases, T-shirts, boots, socks and shower curtains, and even is known to inspire tattoo designs.

Hokusai started early with his life of art. He rode its ups and downs. And like Carmen Herrera, Joseph Yoakum and Harry Bernstein, it was his perseverance through it all that led him to his greatest impact on the world. 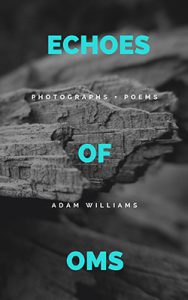 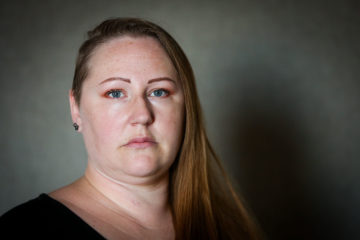 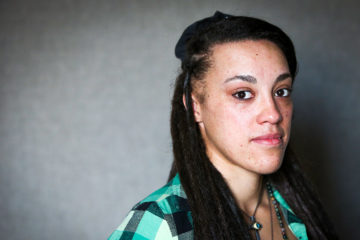 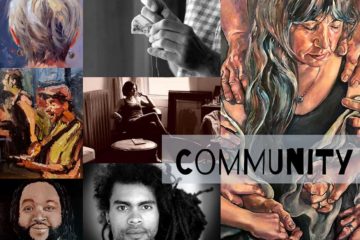